Spending most of my life growing up on the mountainside has given me the opportunity of being able to experience nature right on my doorstep. As kids we used to build forts in among the dense fynbos that covered the mountain, spend hours trying to entice ant-lions out of their lairs, spot the chameleons in the pepper trees and catch lizards that I was convinced did not bite… until, to my great surprise, one actually did! Being a kid in Kommetjie was, and still is, pretty damn awesome; sandwiched between Slangkop Mountain and the Atlantic Ocean it is the ideal place to cultivate a love and fascination for nature and all the creepy crawlies that go with it.

One of the key reasons that this “mini-beast” community has been able to thrive in our garden is due to the fact that Mom has never used insecticides or herbicides but rather allowed a natural form of regulation, realising that every species has its own place and function in this microcosm. This outlook has often been to the detriment of her lawn, due to the odd Cape dune mole rat (Bathyergus suillus) that has managed to burrow under our wall. The bulbs that used to haphazardly pop up adding splashes of bright colours to a background of green and her carefully cultivated herb garden followed a similarly destructive fate, the nightly rootling visits from the Cape porcupine (Hystrix africaeaustralis) however, were well worth the sacrifice. By not “artificially” feeding animals (provision of nourishment that is not naturally occurring) and only growing indigenous plant species, you are able to encourage a diverse garden community that will become its own functional system and end up being able to take care of itself with very little intervention. 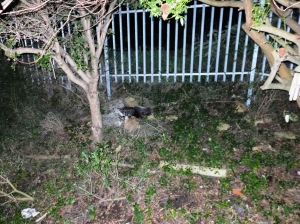 Cape porcupine (Hystrix africaeaustralis) rootling around in the shrubbery this evening 😀 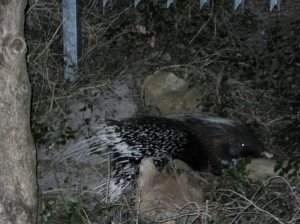 Such a treat seeing these animals in our garden! There is usually a pair of them munching on berries so loud that on a quiet night they wake me up… my dog and I then just sit at the window and watch them. 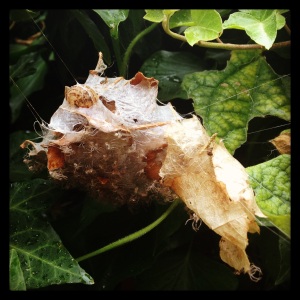 Adult female rain spider, a common visitor to my bathroom and jeans!!

Another adult female rain spider, this one nearly giving me heart failure when she scuttled out of the plumbago!! 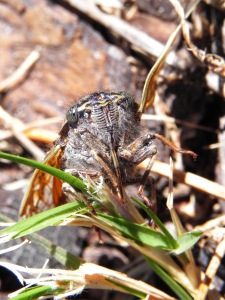 Wahlberg’s burrowing scorpion (Opistophthalmus wahlbergii) – Scorpions can survive up to three days submerged in water… huge surprise to me, casually scooping what I thought were dead ones out of the swimming pool! 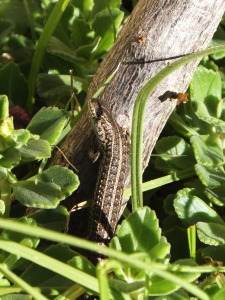 Spotted thick-knee (Burhinus capensis) – the birds that seem to lay their eggs in the most daft of places! 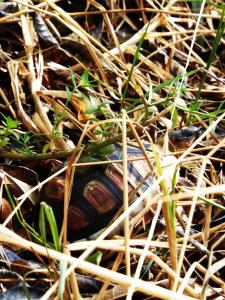 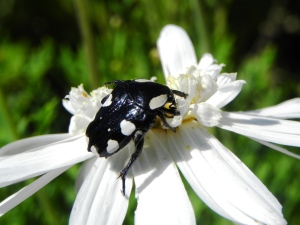 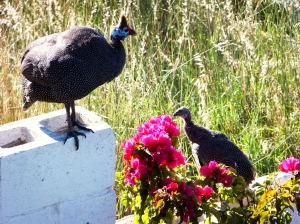 Helmeted guineafowl (Numida meleagris) – probably the dumbest birds I have ever come across! Or maybe just really good at population regulation… a female walking all her chicks over a very wide drain and every last one of them falling in! 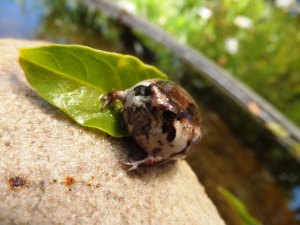 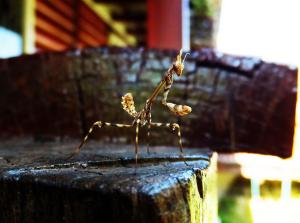 Took forever to try and focus on this little guy… he was zooting all over the garden! 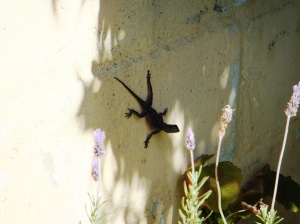 Fun watching two of them chasing each other along the wall

A great site to visit when needing assistance in species identification or just to share your experiences in nature, is iSPOT